SIGNIFICANT TERMS:
Valid for new players, must be claimed within 35 days of account creation. Max credited Starburst cash spin = 300. Only available on 1st Deposit. Min first deposit of £20 required. Deposit must be wagered x1. Game exclusions apply. For every £10 deposited on 1st deposit 10 cash spins will be awarded. No wagering on Cash Spins winnings. Max winnings from Volt Spins is £300. Neteller and Skrill deposits are excluded. Cash spins must be used within 7 days of being granted. Terms apply.
BeGambleAware.org.

If you’re a bit tired of the same-old white label casino brands that run on the same platforms, with the same game selections and the same old offers, then you might want to step into the world of Volt Casino, a truly independent slot site brand with a slick and fun design and a well-thought-out gamification model that gives you plenty of rewards for playing the games you like.

Volt is run by an operator called Fair Play Bets, and its most recent iteration was launched in 2018. It’s packed with over 400 slot games from the likes of Big Time Gaming, NetEnt and Microgaming, and comes with a blockbuster bonus offer of up to 300 spins for new players. Volt is licensed by both the UK Gambling Commission and the Malta Gaming Authority, making it safe, fair and secure. But above all, it’s a lot of fun, which is why All Slot Sites readers are making it one of our most popular recommendations right now.

Read on to find out more.

Volt is a casino that has been built with the video slot player in mind. The games are of a high quality, and to put you in the mood the team are offering up to 300 spins on NetEnt’s evergreen Starburst slot game to welcome you through their doors. To qualify you will need to deposit a minimum of £20. With your free play you can win up to £300 in CASH. Yes, this is one of those wager-free offers where your winnings are paid out in real cash rather than bonus funds.

This welcome bonus is also an introduction to the concept of the Volt Shop – a place where you can trade points earned for wagering on the site for free spins and bonus funds. This concept has been used by many operators, including the likes of Wishmaker and Metal Casino. Volt’s own execution of the marketplace where you can trade like this is pretty cool. Once you are a regular player you’ll be able to pick up loads of enticing offers, including wager-free spins on a wide variety of slots.

Slots players are amply catered for at Volt Casino, with a fair-size catalogue, thought it doesn’t quite match up to the variety of some casinos out there. All in there are over 400 games to play, including a lot of stone-cold classic titles like NetEnt’s Dead or Alive, Gonzo’s Quest and the Bloodsuckers games. You’ll also find rival developer Microgaming’s best here, with slots like Immortal Romance and Thunderstruck II appealing to the high variance contingent.

Turning to more recent titles, some of the best games you’ll find are the Megaways™ series, a format first created by Big Time Gaming, but now licensed to many more suppliers who have produced their own takes on the expanding reels format. BTG’s own classics include Bonanza, White Rabbit, and the £million-paying, Who Wants To Be A Millionaire Megaways™.

If you are a fan of high-paying slots then you might want to dig into some of the progressive jackpot titles Volt have in their catalogue too. That includes the brilliant Mega Moolah series by Microgaming, and NetEnt’s own Mega Fortune games. These slots regularly pay out multi-million pound jackpots and are some of the most exciting on the market.

Note that in the UK credit cards are banned at gambling sites from April 2020. That makes debit card the preferred payment method for most players today. Volt accept Visa, Mastercard and Maestro. Alongside this traditional payment option are three eWallets – Paypal, Neteller and Skrill. Once you have requested your withdrawal, funds will usually be released within 24 hours, and often in a much shorter period of time. Remember that money will appear in your eWallet instantly after that, whilst payments to debit cards can take up to 5 working days to clear.

One further noteworthy feature in the cashier at Volt is the withdrawal lock that allows customers to stop themselves from reversing their withdrawal during the pending period. This innovative feature is worth using if you are prone to spending your winnings before they even leave your account!

If you are a seasoned slots player and you’re looking for something a bit different to try this year then Volt Casino could be your best bet. It’s exciting to see a new operator in the market delivering a fresh site on a new platform. Volt is maybe a little shy in the games department but that is an issue which will surely be rectified in the coming months. What can’t be criticised is the generous and fair welcome offer of 300 spins – that surely is reason enough for All Slot Sites readers to make this their next destination to spin.

Casino of the Month 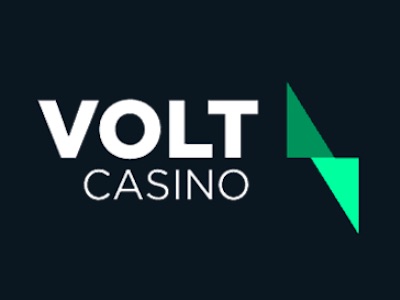 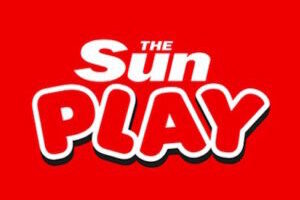