In 2022 it is expected that a new Gambling Act for Great Britain will become law. Since the original Gambling Act was passed in 2005, during Tony Blair’s government, much has changed. Aggressive marketing campaigns by gambling operators both online and offline, alongside improved technologies and investment in compelling product, have led to rapid expansion and an industry that is now worth over £14 billion annually.

At the same time there has been growing concern about the issue of problem gambling in the UK and what is being done to tackle it. Critics say industry activity needs to be curbed and that products like online slots and in-play bets, are too dangerous, allowing players to lose £1,000s in just minutes with little or no checks on their welfare.

It is against this backdrop that plans for a new Gambling Act are being drawn up.

The new regulation that will cover both online and offline gambling activities will be a controversial and passionately contested piece of legislation that must strike a balance between an individual’s freedom to spend their own money as they please, and the state’s role in protecting vulnerable people from addiction and harm.

During Spring and Summer 2020 the Department of Digital, Culture, Media and Sport (DCMS) is preparing a white paper for publication in the autumn that will outline their proposals for the new Gambling Bill.

The review has great breadth, from sponsorship in sport, to stake limits and VIP programs at online gambling sites. In this article we outline the key areas for review and give our predictions on how they will look after the new Act is passed and how this may affect your enjoyment of online slot games, casinos and gambling in general.

The subject of online stake limits has been on the table for years now, ever since the introduction of a £2 limit on stakes at Fixed Odds Betting Terminals (FOBTs) in high street bookmakers back in 2019. It has been proposed that a similar limit should be applied online. Games like online roulette and slots are very similar in style to FOBTs and it would be difficult to justify why the same limits should not be applied at online casinos. It is possible that limits would be raised for those who can show that they have they can afford the higher spend level.

One of the most controversial proposals to be made has been for affordability checks on all UK gamblers wishing to deposit more than £100 per month. This figure was first put out by the Social Market Foundation (SMF) who say that it represents the maximum spend level of those gamblers with the lowest level of discretionary income. The UK Gambling Commission have previously said that they were open to the idea of a £100 limit and would consider it in their consultation on affordability in 2020-21. It should be noted that the SMF were proposing a behind the scenes check at this level that could be carried out behind the scenes using data already available.

UPDATE: In May 2021 The Daily Telegraph reported that insiders at the DCMS say that the power to implement such limits is being removed from the Gambling Commission and any moves to affordability checks will be rolled into the new Act. It has been suggested that this means only a watered-down version of the £100 proposal, or none at all, will appear in 2022.

Likely Outcome: More pressure on operators to carry out affordability checks, but not at the £100 level.

Critics of the gambling industry point continually to the aggressive marketing tactics used by operators to acquire and retain new customers and in particular, high spending customers. Those with gambling addictions talk about how hard it was to stop when they were enticed back in with no deposit bonuses, match bonuses, cashback offers and free bets throughout their membership of a casino or sportsbook.

Indeed, in some countries, tight restrictions have been placed on how much a casino can hand out in bonuses to one player each month, and some commentators have speculated that a blanket ban on bonuses may even be on the table for the UK. At the heart of the matter is the issue of VIP programs and how casinos treat their high value customers.  Anyone with a gambling problem is likely to be spending at the level required to become a VIP and new rules will force operators to carry out much more stringent checks on anyone they bring into their VIP programs with regular assessments of their patterns of play and their spend levels.

In fact, already casinos and sportsbooks have introduced their own rules and self-regulatory measures including limiting VIP programs to those over 25.

Likely Outcome: No bans on VIP programs but stricter rules on entry.

When the area of problem gambling is discussed, online slots are regularly targeted for criticism. Due to the high-speed nature of the gameplay, the aggressive and compelling features, and the high stake levels, the online slots like those featured on our site, can cause issues for anyone with a gambling addiction.

In order to address this the UK Gambling Commission has introduced new rules that will slow the speed of the games down and remove the most aggressive features like Turbo Play, Auto Play and the ability to play two or more games concurrently on multi-screen. These changes must be introduced by October 2021 and the results will be analysed but they may not be the end of the road for product design.

Likely Outcome: From October 31st auto play, spin speeds faster than 2.5 seconds, features that speed up play, and sounds and imagery that give the illusion of a win when the win value is lower than the stake will all be banned.

NOTE: at the same time, a permanent ban on reversals of withdrawals will be introduced.

If you are a fan of Premier League football and watch on a regular basis then you simply can’t get away from gambling. It’s everywhere, from players shirts to advertising boards, TV ad breaks to full-page spreads in match day programs. Not to mention the players themselves who put their names to the brands.

The pervasive nature of gambling advertising in football (and other sports) has caused much controversy and led to comparisons with the tobacco industry and its influence on Formula 1 in the 80s. One of the problems with mixing advertising of products like these with sport is that there is no filter to prevent those under 18 from experiencing it. There is talk that exposure from a young age ‘normalises’ what should be seen as a potentially dangerous activity that should be treated with caution.

There is much opposition to gambling sponsorship in sport and for a long time the anti-gambling groups have taken control of the narrative and pushed hard for an outright ban. Yet the high spend of gambling companies provides vital incomes for many football clubs outside the Premier League, particularly in the wake of the pandemic.

Like all others this is a very controversial area for regulators to deal with. As a guide though, it is worth noting that in Spain a new ban on gambling sponsorship of La Liga teams came into play this year.

Likely Outcome: A phasing out of sponsorship in sport following the new Gambling Act in 2022.

Advertising on TV, Online and on Social Media

Finally, outside of sponsorship, the entire area of advertising on TV, online and on social media in particular, will be under review. Critics of the industry will be looking to limit exposure to gambling brands as much as possible, whilst those on the other side of the fence will push to promote their products freely.

Anyone living in the UK with access to a TV, a computer and a phone will know how frequently ads for gambling brands pop up on your screen. Again, the cry is that this deluge of messaging around free bets and the fun of gambling normalises it and fails to draw attention to the harm it can cause. Any new restrictions will try to limit ads to specific times of day and age groups. In this respect, social media is hard to police because account registration does not require verifiable proof of age, so we could see a ban on all advertising on these platforms.

These are the main areas of concern for law makers revising the UK Gambling Act for 2022. But they are not the full story. We may see further changes in the way the industry is regulated, including the end of the controversial UK Gambling Commission itself, criticised for being ‘toothless’ by opponents in parliament, and under growing pressure following fall-out from the Football Index debacle. Will it survive under a new regime?

And finally, the real big story following a new Act may be that an industry that has experienced phenomenal growth over two decades under liberal laws, will feel the squeeze for the first time since the online gambling age began.

Keep checking back as we will bring regular news updates on changes in the UK Gambling Industry and how they may affect you. 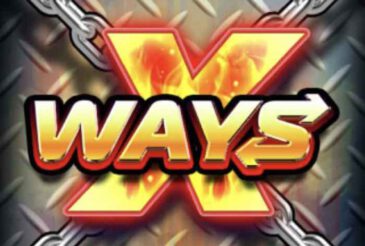 7 Factors For Choosing Your Next Online Slot 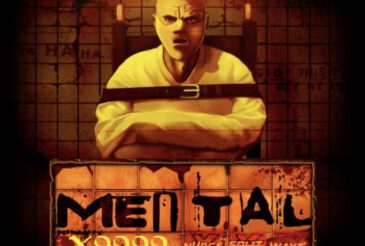 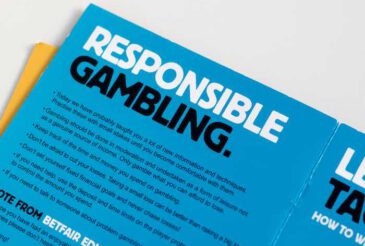