A new slot provider will be making their games available to UK customers this autumn as Swintt received a remote gaming license from the UK Gambling Commission.

Swintt has been an innovative creator of both live casino games and online video slots since its formation in 2019. The company is pursuing a strategy of providing games only to regulated markets.

Despite an impending review of regulation and stricter guidance from the Gambling Commission the UK remains one of the most lucrative markets in the world and Swintt are excited to be a part of it.

Newly appointed CEO, David Mann, said: “While we should be able to announce the first of our UK partners shortly, in the meantime I can assure players that it won’t be long until they’re able to access some of our award-winning titles and experience the features that have helped us become one of the leading software providers.”

This is not a game supplier who will be familiar to most UK slots players as they have not been able to provide their games to licensed operators in this country until now.

Swintt have only been around for three years but in that time they have proved themselves to be a prolific supplier of casino games. Already they have produced more than 140 titles showcasing both regular slots features and some highly innovative ones unique to their studio.

In particular, the Xtra series of games has caught the attention of gamblers and industry professionals alike. Slots like Aloha Xtra Lock utilise a locking system that makes high value symbols sticky for the duration of the free spins round leading to progressively rewarding spins and huge payouts.

In June this year Swintt launched a Sweet Bonanza-style slot called Candy Gold which works on a Cluster Pays model and plays out on a 7×7 grid. As well as Wilds there are also Free Spins, during which six modifiers are engaged. Up to nine symbols can be transformed into Wilds in one instance, and trails of identical symbols form across the grid, increasing the player’s odds of hitting a win.

So far Swintt games are typically simple but offer some compelling gameplay.

In April this year Swintt also announced their plans for a heist-themed game featuring the former footballer and star of Lock, Stock and Two Smoking Barrels, Vinnie Jones.

The games narrative takes players across the UK where they gather a crew together before hitting the capital to raid the Crown Jewels. This slot is more feature-packed than any other Swintt game we can think of, with free spins, prize multipliers and ‘pick me’ bonuses. 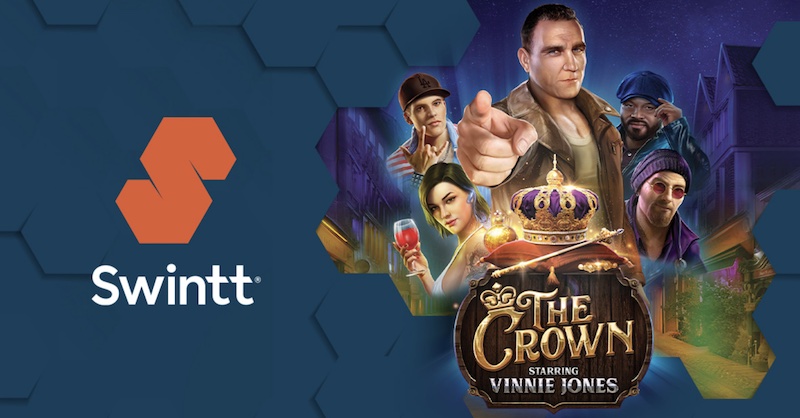 The top win in The Crown is 12,000x which makes the game more than competitive in the crowded UK market. And products like this show that Swintt will mean business when they start taking wagers in the UK in the near future.

Commenting on this stand-out slot earlier this year, David Mann said: “This month, Swintt is inviting players to lock and load for a daring heist on London’s best-known treasure in our ambitious new release, The Crown.

“Featuring an unforgettable performance from iconic actor, Vinnie Jones, The Crown is the first game in the Swintt catalogue to include bonuses spread across multiple base game locations. With each offering a special wild with its own unique perk, there are multiple ways for players to win big as they put together their crew and prepare to land the score of a century in the main Crown Caper feature.”

We will report back once Swintt have signed their first partnerships with licensed UK operators and their games are live for you to play. 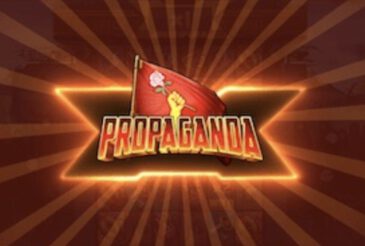 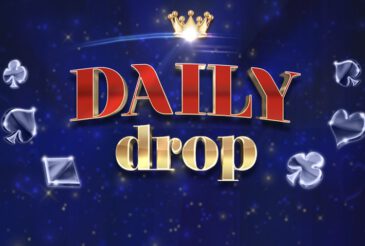