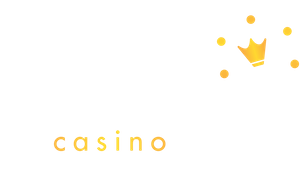 Yako Casino is a pan-European slot site which has proved popular in the UK since its launch in 2014. They are part of the L and L Europe group of sites that includes Fun Casino and All British Casino. Like others under the L and L umbrella, Yako is all about unpretentious fun. It is an easy-going brand with an excellent selection of slots and live dealer games from a top range of suppliers that includes Novomatic and IGT alongside big names like NetEnt and Microgaming.

Alongside an excellent package that includes 99 bonus spins slots fans can enjoy a feast of regular tournament-style races, bonuses and spins offers every week. And the fun is matched by a professional service that they describe as ‘the cherry on the pie’.  In summary: slick, top tier products, a fast and reliable cashier and a platform and games fully licensed by both the Malta Gaming Authority and the UK Gambling Commission. A great destination for your next slots adventure!

There are two parts to the welcome package at Yako Casino. Players get a 100% match on the first deposit of £10 or more, up to a maximum of £99, and also 99 bonus spins. The bonus funds from your first deposit, and the winnings generated from your free spins, all come with a 40x wagering requirement. Once you have met that requirement, the bonus funds are turned directly into withdrawable cash.

Should you choose to become a regular player at Yako you will be treated to a whole range of interesting offers including regular slots tournaments, bonus bonanza days and bonus spins days.

Yako, like the other sites in the L and L portfolio, boasts an impressive game catalogue. It’s quite unusual to find a casino with Novomatic games on it, so fans of the Book of Ra series will be excited to see this studios titles on offer. Alongside this high variance classic are other high-risk slot games including the best Big Time Gaming ones like Bonanza, Who Wants To Be A Millionaire Megaways™ and Lil Devil. Megaways™ fans can also take a spin on many of the expanding reels games created by Blueprint Gaming under license from BTG, including Safari Gold, Gods of Olympus and Wolf Legend.

If you prefer more mainstream slot action then NetEnt’s best are available, including Starburst, Jack Hammer 2 and both Blood Suckers slots. The list of games suppliers is fairly extensive in fact, and with over 700 games in all to choose from, pretty much all tastes are covered. Other studio’s whose slots are worth a look include ELK, Thunderkick, and occasional Microgaming partners, Just For The Win.

Away from the games catalogue, it’s always important to know that your preferred payment options are covered. Remember that from April 2020 it will no longer be possible to deposit with a credit card. However, debit cards are still valid and both Visa and Mastercard are accepted at Yako casino. In addition it is possible to make deposits with eWallet options Neteller, Skrill and Paypal. Note that the minimum withdrawal at Yako is £20 and the minimum deposit is £10. All withdrawals will usually be processed within 24 hours of request.

Another advantage of gambling with a trusted name like L and L Europe is that the support service is usually of a high standard. Here you can speak to the team on email, phone or live chat throughout the day, or dip into the on-site FAQ if you think your query can be answered there.

Yako could be an excellent choice for your next casino experience. It ticks all the boxes for us – a trusted operator, a big game catalogue with all the best new slots to try, a bumper welcome package mixing bonus funds and spins, a solid cashier with eWallet options and a fast withdrawal period, and all under licensed from two of the best jurisdictions in the world in Malta and the UK. But don’t just take our word for it – sign up today to find out for yourself! Enjoy!