Blueprint Gaming are a UK games developer with experience in both online and offline slots development and a catalogue of over 100 high quality video slots. They are known for their feature-packed games and diverse themes with a range of maths models from crazy high variance to casual low variance and everything in between. They are one of the leading exponents of the Megaways™ format and one of the most prolific licensees of Big Time Gaming’s expanding reels engine. You’ll also find some great movie titles in the mix including the hilarious Ted and The Goonies Return. 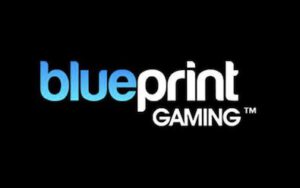 Here are the best slot games from Blueprint Gaming, all reviewed and rated by our writers to give you the low down on how to play them and what you can expect when those reels start to spin. In each review we’ve highlighted the features – and there are a lot of them – the maths models, including RTP, Variance and Payout Potential, and the top UK slot sites where they can be played. We will be updating this page each month so keep coming back to find more Blueprint slots. 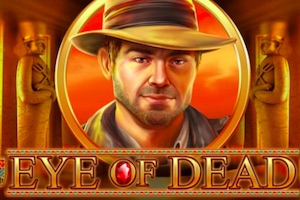 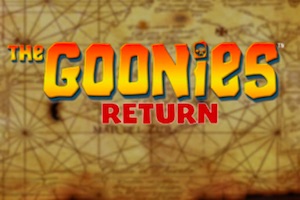 Blueprint Gaming have built a reputation in recent years for quality online slots in the Megaways™ format and inspired by licensed movie brands but they have in fact been around for much longer. You’ll find their name on the screens and cabinets of 1,000s of video slot machines in pubs, clubs and bookies across the UK and Europe as this is where they made their name and learned their craft. As an online presence their profile was significantly increased when they were purchased by the Gauselmann Group in 2008. Gauselmann are a German gaming company who also own the Merkur studio. You can expect to find 2 or 3 Blueprint releases every month so is no shortage of new titles on the market to try.

You’ll find the full list of Blueprint Gaming slots at pretty much all online slot sites in the UK and across Europe. Their popularity means that all gambling operators want to offer their compelling gameplay to their customers. Here is a list of recommended Blueprint Casinos as chosen by our team.

Since 2018 when they became one of the first studios to sign a deal with Big Time Gaming to utilise their Megaways™ engine, Blueprint have steered their games towards a higher variance fan base, typically offering a feature-heavy experience with an emphasis on high payout potential. However, if you dig deep you’ll find a broad range of slots in their portfolio with something for pretty much every kind of slots fan. Their games are profiled regularly by all the big slots review sites and they have a solid and fanatical fan base. Here are some of our favourites:

If you are a regular slots fan then you will more than likely be familiar with some of the iconic brands in the Blueprint arsenal. Games like Fishin’ Frenzy, Zuma, Worms, Bejwelled 2 and Eye of Horus have been around for many years. Worms is a particularly good example of Blueprint at their early best. They took the classic PC game and turned it into a timeless slot classic with tons of features – there are Pick Me Worm Bonuses, Mystery Trail Worm Bonuses and a free spins battle with a Drill Sergeant Worm. Worms arrived in 2016 but already shows some of the skills that made later Blueprint Games so good.

We all love a good movie slot and Blueprint are one of the best purveyors of this kind of game. They have licensed some iconic and quirky brands to add style and substance to their catalogue. Notable hits include Austin Powers, Mars Attacks!, The Naked Gun and The Goonies. But our favourite has to be Ted, a game based on the hilarious film by Family Guy creator, Seth Macfarlane. It’s stacked to the rafters with features that take their inspiration from moments in the film and Ted’s character. In particular Psychedelic Super Spins and Bar Crawl Bonus are worth triggering. The top win level is set at just 500x and the variance to medium which also makes this one of the more accessible games in the Blueprint catalogue.

Blueprint have established themselves with a wide choice of slots catering to all tastes but in recent years it is the Megaways™ series for which they are most well-known. The expanding reels format originally created by Australia’s Big Time Gaming has become so popular that BTG ended up licensing it out to competitors to extend its reach in the market. Other slots providers who have released games on the Megaways™ engine include Red Tiger, SG Digital and Pragmatic Play, but it is Blueprint who have been the most prolific.

There are now more than 20 Blueprint Megaways™ slots in total, including classics like Ted Megaways™, Gorilla Gold Megaways™, Eye of Horus Megaways™ and Fishin’ Frenzy Megaways™.  Just like the original slots created by BTG including their famous Bonanza Megaways™ each of these games is characterised by a large number of paylines – normally in excess of 100,000 and a dizzying array of free spins, progressive multipliers and wilds.

If you are a fan of Blueprint and you are looking for high risk action with big potential then these are the slots for you!

Just as Microgaming have their Mega Moolah games and Big Time Gaming now have their Megapays™ series, so Blueprint have their own jackpot network. It’s called the Jackpot King network and hooks every progressive in the series up to the same pool of slots in which every wager from a player makes a contribution to the jackpot pool. Jackpot King prizes are available both on the relevant slots AND a selection of scratchcards. Here is how they work:

Here are some of the most popular Blueprint Slots with Jackpot King prizes:

As we have already explained on this page Blueprint Gaming slots have a range of maths models including high and low variance and a mix of RTP. If you are looking for games with the highest return to player in their catalogue then we recommend that you select from the following list.

Deal or No Deal: Go all the Way

Blueprint Slots come with a range of volatility but over recent years they have become well known for their high variance range of games, following a general trend that has seen many of their competitors favour this kind of maths model to appeal to a new generation of slots fans who crave that high risk slot experience.

Here are some recent high variance Blueprint Slots to test your luck on.

Eye of Dead – This slot is a mix of Book of Dead by Play n Go and Blueprint’s own Eye of Horus. It has a classic look and feel with its own Rich Wilde style adventure-hero on the reels, a simple free spins round, stacked wilds and a 50,000x top payout. RTP is set at 96.3%.

Primal Megaways – From 2018, Primal Megaways™ is one of Blueprint Gaming’s early expanding reels format slots on the BTG license. It offers the standard 6 reels but with just 2 to 6 rows on each, reducing the paylines down to a maximum of 46,656. It’s set in a long ago age of planet earth and is notable for it’s huge 50,000x top prize and insane amount of wild multipliers available in the free spins round.

Diamond Mine Megaways™ – Another early Megaways™ release from Blueprint Gaming that is notable for its particularly high variance is Diamond Mine, a game that bears more than a passing resemblance to the Bonanza. It’s not that far off a clone to be honest, with the standard 117,649 paylines, the 6 reels and up to 7 rows per reel and classic Megaways™ mix of free spins, unlimited multipliers and mystery symbols.

This is just a very small selection of the high variance slots available from Blueprint Gaming available at the slot sites listed on this page. You can find more by browsing our list of games and reading the reviews.