ELK Studios have been producing online slots since 2012 and in little under a decade they have carved a unique niche for themselves with a catalogue of more than 50 games. With a focus on off-beat concepts, eye-catching graphics and compelling maths models their games are always entertaining. From their infamous Toro and Matador characters in the Toro games, to intrepid explorer Kane in the Gold series, cyborgs in Kaiju and the dystopia of Nitropolis, the ELK catalogue is definitely stacked with the weird and wonderful.

We have reviewed all the latest ELK Studios slots so that you can read about the gameplay, features, maths models and payouts to find out which you want to try. Browse our list then click through to get the lowdown on each game. Keep this page bookmarked as we regularly update it with new titles. 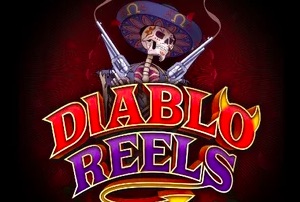 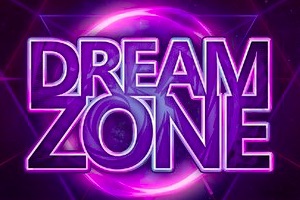 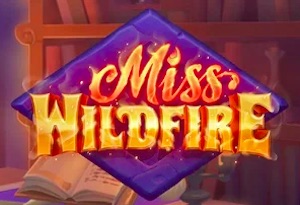 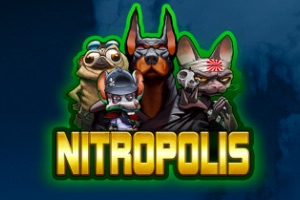 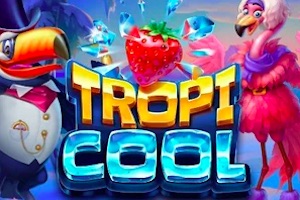 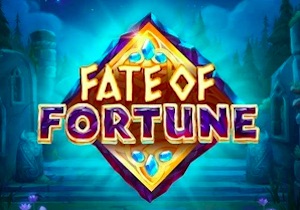 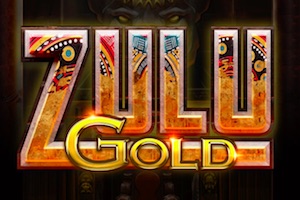 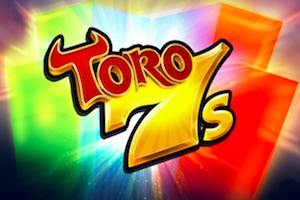 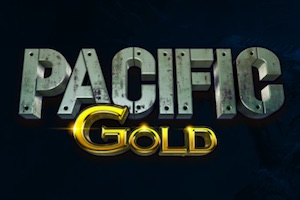 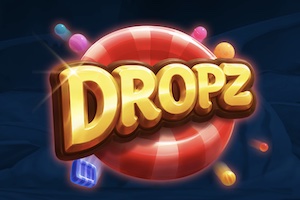 ELK Studios is another game developer to be based in Sweden, a hot bed of video slot talent where many of the best titles are currently being produced. This studio is somewhat smaller than others in our list of slot suppliers with a team of less than 50 employees. Their game output is also less prolific than the bigger players in the industry, but there is no lack of quality here.

Their journey began with early releases like The Lab and Electric Sam and they soon earned a cult following amongst slots players. Success has not necessarily come overnight but less than a decade in from those humble beginnings ELK have carved out a unique position for themselves in an extremely competitive market.

The studio is licensed in three top European Jurisdictions, including the UK, Malta and Gibraltar and their games are all now available in more than 20 languages and on all devices. In recent years they have been nominated for several industry awards, winning the EGR Game of the Year in 2017 for their Wild Toro Slot.

ELK Studios profile is not as big as a developer like Big Time Gaming or NetEnt for example, so their games are not as commonplace as ones produced by those companies. But don’t worry, because we’ve picked-out casino that have partnered with ELK and listed them here, so you don’t have to search them out. You can dive right in and claim a bonus to play now or click through to read a review in each casino.

At the start of 2022 ELK Studios have more than 50 slot games in their back catalogue spanning a broad range of styles, maths models, themes and prizes. What is noticeable about these games is that they have all been carefully put together with a real attention to detail that you don’t always find in slots from some of the more prolific providers. ELK make a big deal of the concept stage of game development. The result is a series of slots that rarely tread the same generic territory of other game providers.

It is fair to say that thematically, graphically and in gameplay ELK slots always offer you something very different to the competition. Here are mini reviews of three of our favourites to show you what we mean.

We have to start with one of the Gold series of slots because these games featuring the explorer Kane are amongst our favourites. In this instance we are transported to the swamplands of Louisiana where a shamanic presence is rendered on a gloriously murky 6 reel and 4 row reel set built amongst shimmering green waters.

Typically, the game offers some interesting twists on classic slots features. So, we have 4,096 win ways, but reel expansion can take that up to 262,144. Big Symbols of up to 4×4 are also useful as they help produce wins as well as clearing spaces in which Voodoo Wilds can settle. These wilds are also sticky in a Free Spins round in which up to 15 spins can be awarded.

Channeling the thrills of a Spanish bullfight, Wild Toro is the first in a series of three ‘Toro’ games from ELK that concluded with their November 2021 release, Toro 7s. It is also the game that won them the 2017 EGR Game of the Year award, a prestigious industry award. That is why we have included it as one of our favourite ELK slots.

Wild Toro is notable for its fabulous graphics with beautifully rendered illustrations of the bull and the fighter, both of whom seem to jump out of the reels towards you. The action takes place on a 5×4 grid with 178 active lines in play.

But it’s the three features that are most important here – a Toro Walking Wild With Re-Spins, a Toro Goes Wild Bonus Game where the bull attacks Matadors, leaving a trail of Wilds in its wake, and a Matador Re-Spin Challenge with Sticky Symbols and Re-Spins.

If you’re ever felt yourself getting bored of the standard flat slots play that most games offer, then this insane little game should be your next port of call. The on-reel animations alone are enough, and with a medium variance and 2,250x top payout, it also has a broad appeal. Awesome stuff!

We have also chosen to highlight Kaiju as it is another slot that showcases the unique and varied talents of the ELK team. Kaiju is a monster that crawls out of the Pacific sometime in the future to cause deadly carnage. It has a Japanese horror feel to it and thanks to ELKs creative talents, lends itself well to this 7,776 win ways slot.

This is one of their more volatile games and it also features expanding reels. The objective is to unlock the Kaiju Battle Free Spins round where vertical lasers unlock hot spots on the reels to reveal wilds and force the reels to expand upwards.

Sticky Wilds and up to 12 Free Spins can push your win potential up to 1,305x. Its widlly creative and loads of fun.

If you are slots aficionados like ourselves, then you will probably be interested to know more about the typical variance of ELK Studio Games. They do in fact come with a range of volatility, from low to high. In general they are not as volatile as games produced by some of their rivals like No Limit City and Relax Gaming, but they still have their moments.

Those seeking out the best high risk action should take their pick from the Gold Series, and in particular Kathmandu Gold and Black River Gold. Whilst those who prefer more easy-going slots can try their luck on medium variance games like Miss Wildfire and Electric Sam.

And what about the. Return to Player? Well just like the variance, RTP in ELK Studio games is variable but rarely dips much below the industry average of 96%. As a rule, generally they come in at around the 96.1% mark, though sometimes as high as 96.4% which you can find in games like Wild Toro, Ho Ho Tower and Poltava.

It’s not unusual nowadays for slot studios to develop some of their own bespoke features that can be found on more than one of their games. An extreme example would be Big Time Gaming’s Megaways™ mechanic which was so good they decided to license it out! Others are No Limit City’s xNudge and ReelPlay’s Infinite Reels. ELK have their own features too, which may not be as high profile, but are still worth a mention.

Developed exclusively for their dystopian Nitropolis slot game, the Nitro Reels mechanic is a variation on reel expansion that takes the basic paylines from a standard 4,096 to a whopping 85,155,840 thanks to expanded symbols that take up two reels and can be up to 12 positions in total. They are also sticky for the duration of free spins.

In a weird variation on the traditional Avalanche Reels feature made famous in games like Gonzo’s Quest, Cygnus slot uses a symbol drop with a difference. All cell positions are slightly out of synch so when a new symbol drops in, thanks to a special Gravity mechanic it doesn’t drop straight down but rather bounces off jarring edges, falling left then right before eventually settling.

X-IITER (OUTSIDE THE UK ONLY)

For those outside the UK (this is really a bonus buy feature) there is also the X-iter feature that appears in many of ELK’s newer slots. This is an option to dive straight into pre-defined game mode with an enhanced paytable, often with more high paying icons on the reels, feature bonus rounds and extra multipliers.

As you can see from our profile of ELK Studios this game studio offer something a little bit different to the competition. Their small but high-quality selection of slot games provide exceptional entertainment through a variety of fun and compelling products. We recommend that you dip in and find out for yourself. Take a look through our game reviews to find out more before choosing one that suits your tastes. 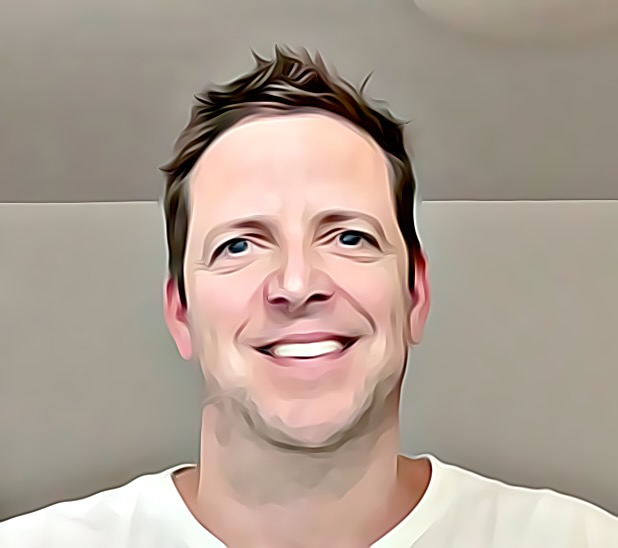