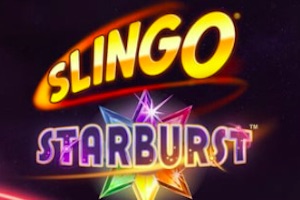 A holy alliance of the Slingo format and NetEnt’s all-conquering Starburst slot which we all know and love. Complementing the traditional Slingo game on the 5x5 grid is a GUARANTEED win Starburst slot that triggers for those who score just 3 or more Slingos in the main game. Starburst Wilds, Super Wilds, Purple Gem Cash Prizes and Free Spins are your friends!

The well-oiled game production line that is Slingo Originals, part of the Gaming Realms set-up in London, have pushed out a series of clever co-branded Slingo games over the past 5 years. They include Slingo Deal or No Deal, Slingo Rainbow Riches, the new Slingo Sweet Bonanza, and now this blockbuster, Slingo Starburst.

No prizes for guessing what this is all about – the classic Slingo game has been given a Starburst facelift to create a bright and cosmic pocket game with the Starburst reel set added on in a bonus round with guaranteed wins. If you love NetEnt’s ubiquitous slot then you’ll surely be tempted into playing this version, and if you’re a Slingo fanatic then you’ll love the opportunity to test your luck on another version of the bingo-slots hybrid this time with an iconic brand for company too!

You can find out where to play on our Slingo Sites page, but before you do, keep reading this review to find out how to score the big prizes in Slingo Starburst and if you want some more background on the Slingo sensation then check out our Slingo Guide whilst you are on our site. 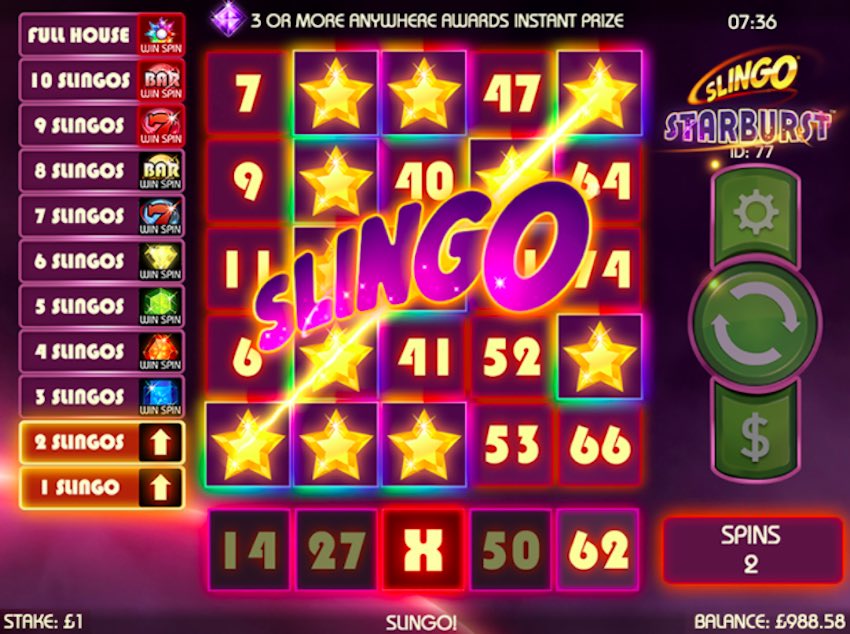 Just like the classic slot, Slingo Starburst works on a low to medium variance which means the win distribution will be relatively even. This is not a particularly risky game and it won’t burn your bankroll too severely. You can expect regular, if small, wins and the odd big prize if you can make it to the top of the pay ladder. The RTP is also set to a similar level to the slot at 96.5% (the original is 96.1%). The top payout available is 1,500x, slightly above average for a Slingo game.

Your target is to score as many Slingos as you can from the 10 spins awarded to you when the game begins. Along the way there are special symbols that can drop into the single reel below the game card to help at any time. They work as follows:

The prize ladder on the left of the screen shows you what you get for collecting Slingos during the game. Land at least THREE Slingos and you will score a GUARANTEED win spin on Starburst Slot. Keep reading to find out how it works. 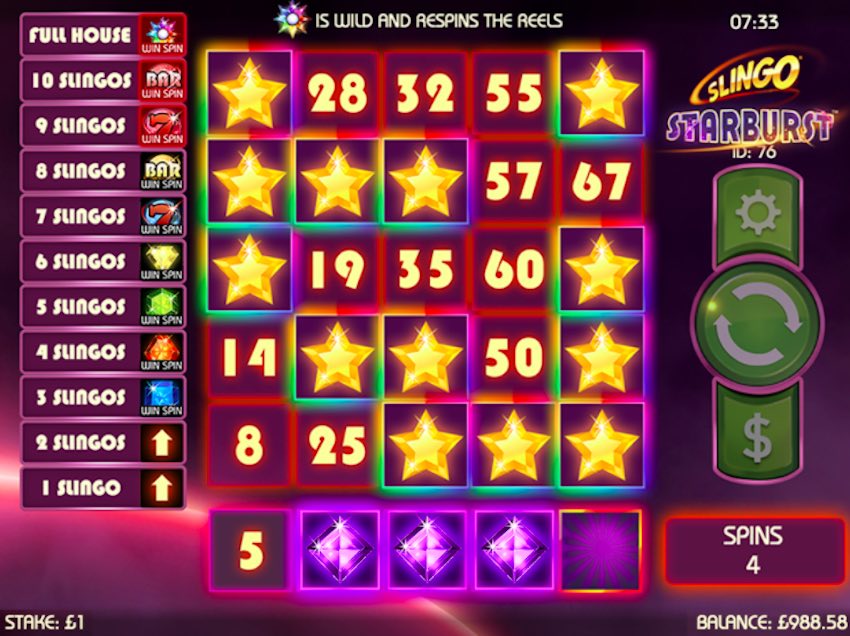 Variance too low for some players

Before you get to the Starburst feature you’ll need to earn Slingos. For those new to the game, this is what happens.

The main part of the screen is taken up by a 5×5 grid with 25 numbers on it. At the start of the game you get credited with 10 spins of a 1×5 reel set that sits directly under the grid. With each spin, 5 random numbers are revealed. Where they match those on the card above, the numbers on the card are crossed off. Cross off 5 numbers in a horizontal, vertical or diagonal line to score a Slingo.

When Free Spins icons land, they add an extra spin, and the Wilds and Super Wilds help fill your card whilst the Purple Gems help boost your wins.

When your 10 spins are up, if you have yet to reach 11 Slingos – a Full House – then you can stake again for more spins to extend the game and try to reach the top of the pay ladder. However, your spins will come at a higher price than the original because there are less numbers left on the grid and a full house is closer. Keep this in mind because betting again can get pretty expensive at this stage.

Now here’s where the slot game comes in.

What you win on the prize ladder is not an instant cash prize, but instead a spin on Starburst slot with a GUARANTEED winning outcome. Your winning paylines will be made up of the symbol that shows on the pay ladder. So, if you get 3 Slingos you get a guaranted win with the blue gem, 4 Slingos and it’s with the Red Gem, right up to a Full House where your guaranteed win is with the Starburst Wild icon, the highest value of all.

Just like in the original Starburst slot there are 10 paylines and payouts are triggered by 3 or more identical icons landing on a payline from left to right or right to left.

Note that in the slot game if a Starburst Wild lands it expands to fill the entire reel set then locks in place for a re-spin. You can actually fill the middle three reels with Starburst Wilds in this way for a huge payout.

Slingo Starburst is one of the best co-branded versions of this increasingly popular real money game. It does exactly what you want it to do – adding a couple of nice extras into the Slingo part of the game with the Wilds and Purple Gems, before launching into a replica version of the famous slot and maintaining all its best features.

The visuals are really strong too which is no surprise. Starburst is one of the most iconic slots brands out there and just taking the backdrop and adding some stylings to the Slingo grid is all it takes to get the heart racing as you load up the game.

In summary, this is a great entry point for slots players wanting to delve into Slingo for the first time too. The maths model is not too intimidating with a low-ish variance and over 96% RTP and with a 1,500x top payout there is a sizable jackpot to play for.

Good luck and have fun! 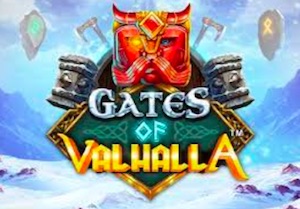 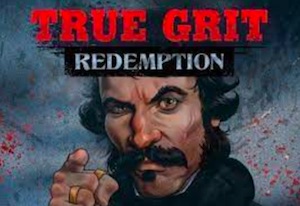