Relax Gaming is part of the new wave of slot game studios taking the casino world by storm. Their frantic, feature-packed video slots like Money Train, often showcasing super high volatility maths models, have raised their profile significantly in recent years.  Their slots have won plaudits across the industry, including in our own pages. Here we list all the Relax Gaming slots we have reviewed, available on every type of device, and recommend the best Relax Gaming casinos where you can enjoy their products.

We have reviewed and rated the very best Relax Gaming slot games to show you they work, what the stats look like – RTP, Variance, Payouts and Stakes – and recommend UK slot sites where you can play. Plus we give you a few tips on how to score the best wins. Keep this page bookmarked to find new Relax Gaming slots each month. 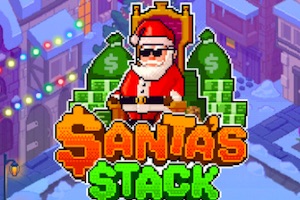 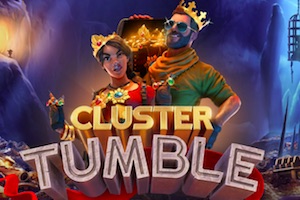 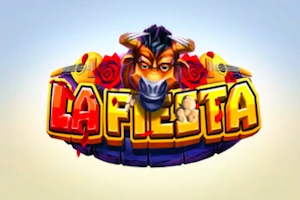 This Malta-based gaming solutions business began life in 2010. In the first decade of their journey Relax developed successful poker and bingo products as well as a casino games platform that allowed them to connect other game providers with operators and their customer base.

Slots fans may know of Relax through their Silver Bullet platform which launched in 2018 and became the basis for their partnerships with many new game developers including Storm and Kalamba. Since then they have also become a serious contender in the video slots vertical, releasing a series of earth-scorching products that put this studio in the same bracket as serious innovators like Big Time Gaming and No Limit City. Their games are featured in almost all new slot sites right now.

Relax now also have offices in the gaming hubs of Gibraltar and Sweden and are licensed to publish their games in many regulated markets including the UK thank to licenses issued by the UK Gambling Commission, Malta Gaming Authority and the Alderney Gambling Control Commission. They are also audited and certified by the leading industry testing organisation, eCORGA.

Yes, Relax Gaming are the real deal and we strongly recommend that you check out their games!

Relax’s first foray into the world of online slots was their Let’s Get Ready to Rumble game, released in September 2019 and inspired by boxing MC, Michael Buffer’s famous introduction to fight nights. It may have been their first release but already it showcased a game studio who weren’t just there to make up the numbers. With a 466 payline game, expanding up to 1,436 paylines and featuring Wild Stacks, Re-Spins Streaks and 4 base game modifiers, Let’s Get Ready To Rumble grabs the attention and is still worth a spin three years on.

Since then, the world of slots has progressed significantly, notably as trailblazers Big Time Gaming have heralded a new type of game with their Megaways™ engine, and developers like No Limit City and Fantasma have taken themes and gameplay to new places with their own products.

And Relax are right on board with that! Amongst their titles you will find some of the most exhilarating gameplay available right now which has led to an avalanche of positive reviews online and in player forums in the last few years. Here are a few of our favourites Relax games:

The ultimate slots joy ride is Money Train 2, rated by some as one of the greatest of all time. This futuristic, 40 payline wild west slot followed on from the original and arrived in 2020 with a ball-busting 50,000x top payout (rare at the time). Respins, multipliers and a huge roll call of modifers in the bonus game create a frenzy of activity, and coupled with super-high variance, make Money Train 2 a must for any high-risk fanatics.

Anyone who has ever tried their luck on the super smart Flame Busters from Sweden’s Thunderkick will recognise the 8-bit Atari style graphical interface that greets you when you load up Hellcatraz, the prison-themed slot from Relax Gaming. Alongside Cascades and Mystery Symbols, Hellcatraz introduced this studio’s taste for gamification in slots. Collecting 2,000 cell keys triggers the Super Free Spins round and wins of up to 46,656x.

Heading out to the East Coast and dipping into the hip hop culture of LA, this game is another example of great production values and intelligent design, and one we can’t stop playing! It also followed hot on the heels of East Coast vs West Coast, No Limit’s own rap story. Lots of Mystery Symbols, Re-Spins, Wilds and Sticky Wilds are available and a 25,000x top payout plus scary variance give this title added appeal.

Whilst we’re here, let’s just raise a glass to Santa’s Stack, another game that show just how seriously you should take this game studio. Whilst most just re-work an old game for their festive release, in December 2021 Relax Gaming actually created something new and vibrant, a gift to all the high variance risk takers out there. You may only decide to play it for a few weeks of the year, but Santa’s Stack is a treat worth savouring.

The slots in Relax Gaming’s portfolio all hit the mark with favourable RTP values. The industry average is somewhere around 96% and in may cases their titles are coming in well above that number. Top Dawg$ for example is 96.1%, Santa’s Stack at 96.27%, Dead Man’s Trail at 96.29%, and the infamous Money Train 2 at 96.4%. These are good stats, and when combined with strong payout potential and high variance, make for fun and rewarding slot play.

If you like to play games with a favourable RTP then we recommend that you try any of these:

As you will have gathered by now, Relax slots are known for their high variance. Their best-known titles are high risk games with uneven distribution of wins, crazy sequences where feature-led events trigger huge payouts. But of course, the down side is, you will certainly have some frustrating sessions too. Most Relax Gaming titles that we enjoy run at a variance rating of 4/5 or 5/5 by their own tests. There are a few medium-variance slots in the mix – TNT Tumble is one – but by and large this is not a slot studio that will appeal to the casual gamer.

You can find out more in this guide to slots variance.