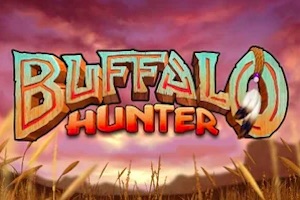 No Limit City have fast become one of our favourite online slots producers here at AllSlotSites.com. Their highly volatile slots including immediate classics like San Quentin xWays and El Paso Gunfight xNudge mix crazy high-risk gambling with innovative features in a way reminiscent of their Australian counterparts, Big Time Gaming. With their latest slot, Buffalo Hunter, the No Limit team are taking inspiration from a theme utilised in many classics of the high variance genre, including Buffalo Blitz by Playtech, Raging Rhino by WMS, and the psychedelic classic from Thunderkick, Pink Elephants. In fact, there is more than a nod to the theme of that last slot in this game, as Buffalo Hunter draws on the same symbol collection and symbol upgrade feature that appears in the original and sequel to Pink Elephants.

So, loading up this game at any slot site and you’ll see that it is themed on the landscape and animals of the Native American prairies, with typically stunning graphics depicting the savannah prairie land with swaying sheaves of wheat and a dramatic purple sky.

The reels themselves feature the animals stalking the North American plains, including wolves, bald eagles, cougars, pronghorns and the star of the show – the buffalo.

The action all plays out on a pretty standard 5×4 grid of symbols, 40 paylines and some exciting features with animal noises, bird squawks, panpipes and tribal drums in the background. Note that there are no expanding reels in this game, so the 40 paylines is fixed. There are some cute touches too as during the gameplay, you get messages on the screen such as ‘herd is coming’ when the wins mount up, followed by ‘stampede’ and ‘rampage’ for massive wins! 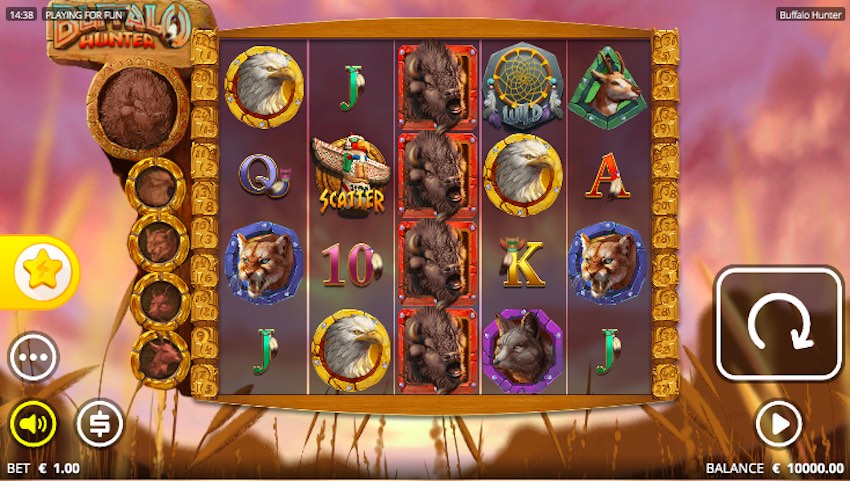 The RTP of this slot is 96.01%, the minimum bet is 20p and the volatility rating is high. There is no question over this – in fact, No Limit City make this very clear with a ‘Extreme Volatiilty’ message displayed as the game loads up! You have been warned! Find out more about slots variance in this guide.

What this menas is that you will have plenty of ups and downs in payouts and an uneven distribution of wins. This gameplay is best suited to higher rollers and those players who enjoy risky gameplay. The maximum potential prize is 12,647x stake, which is attainable from hitting the biggest wins during the Stampede Super Bonus

The symbols in Buffalo Hunter include the animals of the Native American prairie, namely the pronghorn, wolf, cougar, bald eagle and buffalo. There are also some high cards to award the lower payouts. The best prizes come from the animals, which can award from 6.25x to 50x stake for 5 of a kind, while the high cards can pay from 3.75x to 5x stake for 5 matches.

There is also a dream catcher symbol, which is the Wild and can substitute for the other symbols in the game to create more potential wins. The Wild also awards a payout of its own equal to the high-paying buffalo with 50x stake available for 5 of a kind. 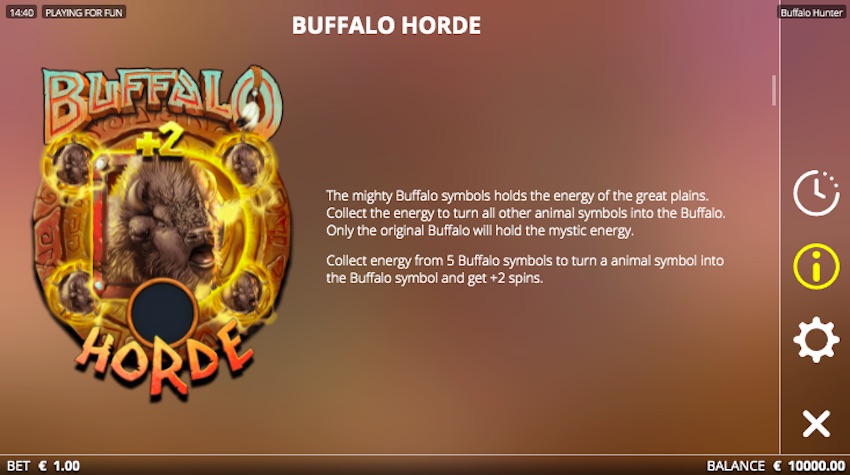 Buffalo Hunter is not as feature-packed as other games from the No Limit City group, and most of these you will have seen in many other slots before. Nevertheless, the execution is slick and the game ticks along at a good pace which makes it fun despite its tight model.

Mystery Symbols can appear at any time, anywhere on the reels. When they do, each of them will transform into the same matching symbol to increase the chances of scoring a win.

Landing 3 or more Scatters will trigger Free Spins. If you land 3 or 4 Scatters, you’ll get to enjoy Buffalo Horde or Prairie Multipliers, while 5 Scatters activates the Stampede Super Bonus:

There is the option to buy into the Free Spins round directly, without having to trigger it from the base game. If you’re playing in a market that allows this feature, you can choose to activate Buffalo Horde, Prairie Multipliers or the Stampede Bonus during Free Spins, depending on the price you’re willing to pay to fast-track your Free Spins in the prairie.

Buffalo Hunter is a solid choice for fans of animal themes and cultural slots, combining wild animal imagery with an evocative Native American sound track. As Nolimit City is a high volatility specialist, it’s no surprise Buffalo Hunter is a risky play and more suited to those with a good bankroll. However, the 20p minimum bet keeps it playable for lower rollers hoping to nab the 12,647x stake top prize during the Stampede Super Bonus. We like the fact that the Wilds award the same payout as the buffalo with a decent 50x stake available. Although this slot doesn’t match up to the rewards available from San Quentin xWays with its monster 150,000x stake top payout, it’s a strong choice if you’re into the Native American theme and enjoy high volatility. What are you waiting for? The plains are calling!