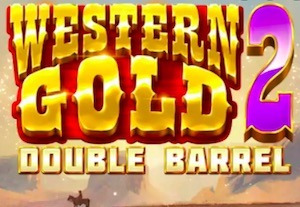 From Just For The Win

Western Gold 2 Double Barrel is a long-anticipated sequel to Just For The Win’s Western adventure. It has a truly epic background and delivers high risk gameplay on 5 reels with 50 fixed paylines. It’s a surprisingly tough game with big potential – collect scatters in a barrel for up to 10,000x wins and enjoy free spins, level-ups, and multipliers, climaxing with a Super Free Spins round with up to 25,000x to play for!

Developer:  Just For The Win 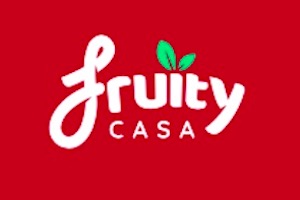 Western Gold 2 Double Barrel is the latest release from long-time Microgaming partner’s, Just For The Win, whose back catalogue includes top titles like The Bandit and the Baron, Scarab Kingdom, and Plenty of Presents amongst others. This is a Wild West themed slot – a tried and tested source of inspiration in slots gaming and the idea behind classics like Dead or Alive (NetEnt), the Sticky Bandits trilogy (Quickspin) and more recently darker titles like those from bad boys, No Limit City, including Deadwood and Tombstone RIP.

So, can JFTW bring anything new to the table? From the visuals it looks like they’ve been spinning a mixture of Sticky Bandits and one of Pragmatic Play’s prairie-themed games, such are the golden hues and wild horses running across the background. It’s certainly eye-catching stuff. Meanwhile, the gameplay itself is fast and furious – it features a 5×4 reel set and 40 fixed paylines with high value scatters dropping prizes of up to 10,000x, multiplier boosts and super free spins.

This game will be available from 24th May 2022. You can choose a casino to play at from our recommended list on this page or for a wider choice, try the best slot sites on our home page.

Western Gold 2 Double Barrel is a high variance slot. It has an RTP of 96.15% which is about average for Just For The Win. The high risk level is offset at least a little by the significant potential for big wins – the top payout is advertised at 25,000x. Note as well that top scatters on their own can bring instant rewards of 10,000x so there is certainly potential to see some decent payouts, though keep in mind that volatility level will make things difficult. The hit frequency – percentage of winning spins – is set at 35.18%.

Spins start at 20p per play which combined with the high variance makes it off-putting for those looking for a casual spin with low stakes. You can check it all out on mobile, desktop and tablet.

Western Gold 2 Double Barrel is a sequel to Western Gold 2 and shares similar graphics, symbols and backdrop display. Behind the reel set is an epic scene of sweeping canyons and deserts whilst a catchy soundtrack completes the wild west vibe.

The symbols on the reels mix up some classic slots iconography with some traditional Wild West ones. Cards, hats, boots and classic six-shooter pistols appear with payouts of between 1x-1.5x per bet for a five of a kind match up.

Premium icons are made up of the BARs in triple, double and single format. Successfully getting five in a line with these BARs can be worth between x3-17.5. There is also a heavy-hitter ‘7’ symbol which can produce a whopping x30 bet if you are lucky enough to land a five of a kind.

In addition, there are three specials – wilds that can sub in for all other icons to complete a winline, horseshoe scatters which trigger instant payouts, and sherrifs badge free spins symbols that unlock the free spins round.

All good things start with a scatter here! You want as many of them as you can find on a single spin and there are TWO features or BARRELS to unlock.

Finally, there is also a SUPER FREE SPINS round. These are triggered when two WRANGLER symbols appear on the first and fifth reels together with three free spin symbols appearing between them on the second, third and fourth reels. Or when the FEATURE BARREL gives you an upgrade from standard free spins.

NOTE: during Super Free Spins all gameplay is the same EXCEPT the scatter prizes are paid out on EVERY spin rather than at the end of the round. So, the cash barrel will keep filling up, and keep paying out with each play, giving the opportunity for seriously high accumulated prizes!

Western Gold Double Barrel looked at first site like a pretty run of the mill Western slot with a pleasant backdrop and standard settings. However, it has the potential to be something much more fearsome than that. The scatter-pays mechanic is a bit off the beaten track and it really comes into its own in the super free spins round where you can pick up some seriously big wins as scatters are paid out after each spin. Accumulating a large number of these symbols at this point is going to be a wild ride – expect some decent big win videos cropping up for this game. The trick of course is going to be unlocking that round, so keep your eyes peeled for those Wrangler symbols to drop.

In our opinion this is going to be a devilishly good high-risk game in time and one that could surprise a few punters with its aggressive game engine and wild potential this year.