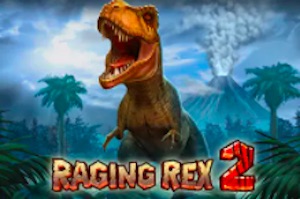 The sequel to Raging Rex from Pragmatic play is a beast of a game with everything bar the volatility dialled-up! The slot plays out on a 6x4 gaming grid with 4,096 ways to win and a parade of ferocious dinosaurs and hatchlings on the reels. Walking Wilds, Sticky Wilds, Multiplier Wilds, and Respins give plenty in the base game. Three Free Spins options give the opportunity to win up to 30,000x stake in the bonus round.

Play n Go continue to push out a wide variety of games in 2022 covering their usual bases of great grid game action, rock n roll, nature and more. This time round they’ve gone back to the source of one of a game first released back in 2019! Raging Rex was a superb 4,096 payline, high variance game, rich in graphics, scary monsters and any which way Wilds that walk, wander and stick!

So how can they top that in a sequel?

Simply by turning up the dial on payouts and features whilst also bringing more of the same. Raging Rex 2 brings back that lush forest background and sunset scene, and stacks the reels with plenty of prehistoric creatures, including Rex, but this time flanked by hits hatchlings who are there to help. The atmosphere is strong, and overall the features are similar but this time the winning potential is boosted up to an impressive 30,000x your bet from the previous 5,000x reward from the original game. 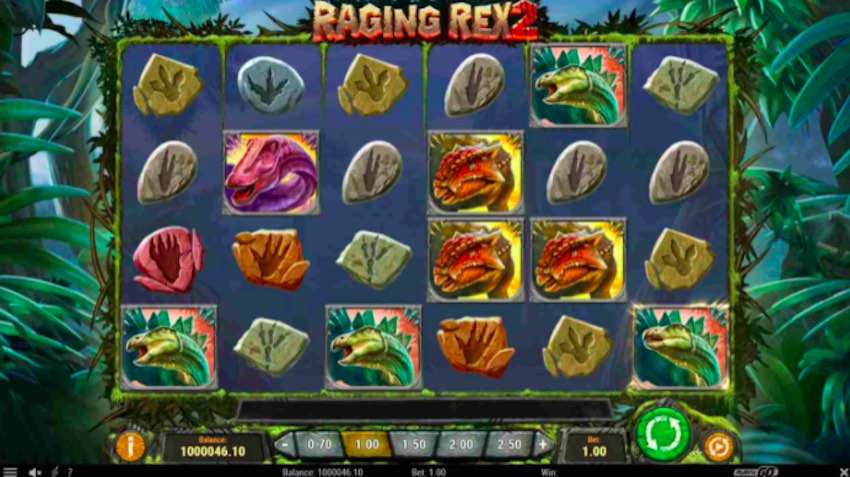 The maths will be interesting to fans of the original – the RTP of this slot is 96.2%, which is bang on average for Play n Go. The variance though has been dialled down to a 6/10, or medium, which is a big change from the high volatility of the original Raging Rex.

The biggest difference though is the massive 30,000x stake top prize which puts this version in competition with some of Play n Go’s rivals like No Limit City and Relax Gaming. Big wins are most likely to arrive if you’re playing at higher betting levels and land the biggest Multipliers during the Hatchling Mania Free Spins round. More on that in a moment.

The action here takes place on a 6×4 grid with 4,096 payline in play at all times. Wins are triggered by landing 3 or more identical symbols on the reels from left to right.

You’ll also find the Rex and Hatchings Wild symbols, which can appear on reels 2 to 6 and stand in for all the other symbols in the game, except the egg Scatter. This egg can trigger the Free Spins round if 3 or more appear on the reels. 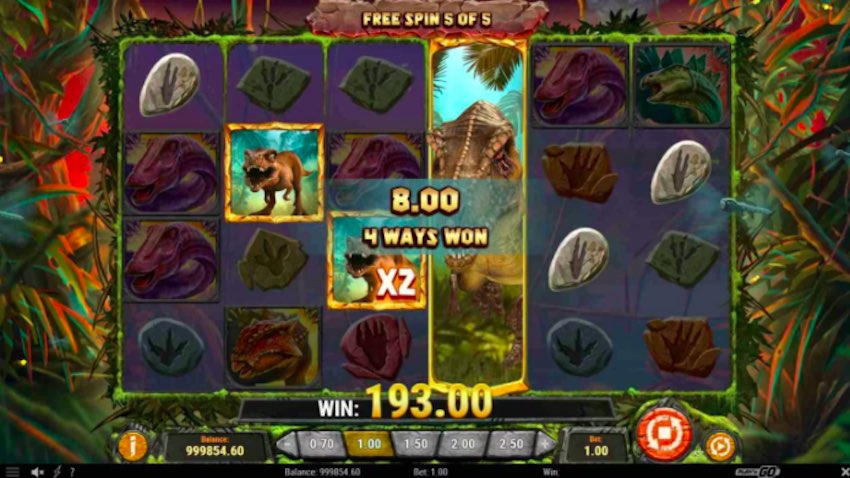 So that’s the basics, what about the big wins? To trigger those you’ll need a bit of help from the Wilds that can land, stick and walk, as well as trigger re-spins and free spins.

Here are the big actions to look out for when spinning the reels in the base game.

Now, Walking Wilds are helpful in the base game but things get more epic in the bonus round. Here is how that unfolds.

This is a strong sequel, maintaining all the charm of the original but boosting the potential reward with a 30,000x stake top prize, increased substantially from the previous 5,000x. This boost in cash potential is thanks to the additional Free Spins round, where you could build up a 243x Multiplier during Hatchling Mania. For those chasing the big prizes, this opens up massive winning opportunities.

The medium volatility is a welcome change from the original slot too – fans of more volatile gameplay may find it too tame but it does at least invite more risk-averse players to test their luck.

So, if you’re a dinosaur fan and enjoy a good balance of bets to rewards, Raging Rex 2 should be on your list. This new spinner arrives in online slot sites in March 2022.